On Alone Against the North:

“Adam Shoalts, 21st century explorer, calmly describes the things he has endured that would drive most people to despair, or even madness…Rare insight into the heart and mind of an explorer, and the insatiable hunger for the unknown that both inspires and drives one to the edge…A 1st-hand look into the heart of a truly brave man.”
—-Col. Chris Hadfield, astronaut, International Space Station commander

“Doing things the easy way has never been my style. There is no adventure in that! In Alone Against the North, Adam Shoalts does nothing the easy way. He travels to places no one has ever seen before and as a result comes back with an amazing story. As gripping to read as it must’ve been exciting to live!”
—-Les Stroud, Survivorman

“Adam Shoalts is Canada’s Indiana Jones—portaging in the north, dodging scary rapids, plunging into darkness, and surviving to tell the tale.”
—–The Toronto Star

“The more layers you peel away, the more you begin to see the quick mind and quiet intensity that helps propel Adam Shoalts.”                   —Brian Banks, Canadian Geographic

“One could be forgiven for not instantly realizing the true nature of Adam Shoalts while passing him on the street…His strength is not an overgrown beard or a hulking build; it is an ironclad constitution and a persistence some might describe as madness.”                           —-Niagara Life Magazine

“It’s not often a book, or premise sucks me IN as Alone Against the North has…I was hooked from the start, and couldn’t put it down.”—New York Times Bestselling Author Eric Blehm

“There’s no doubt Shoalts is a skilled woodsman and naturalist, able to survive the northern wilds with rudimentary equipment.”              —Canoe and Kayak magazine

“Adam Shoalts has captured the world’s imagination with his discovery of uncharted waterfalls.”
—–The Royal Canadian Geographical Society.

“I think it is a great discovery. In the age of Google maps, in 2013 someone is discovering something never seen by human eyes…it’s remarkable and exceptional.”
—–Christopher Storie, vice-president of the Canadian Cartographic Association.

“My first impression of Adam Shoalts, author of Alone Against the North, was that he was a wacko…But after delving into his remarkable, page-turner of a book about canoeing Canada’s north, I realized that Shoalts is…a highly intelligent individual.”                        —Nicolas Ross, What’s Not to Hike? blog

On Beyond the Trees:

“I devoured your book and thought it absolutely wonderful.” —-Will Hotopf, Alpine Club of Canada.

“Adam Shoalts might just soothe your need for adventure…wonder-filled, a beautiful book.”—Buzzfeed

On A History of Canada in 10 Maps:

“Shoalts has done an elegant job of…reminding us of the vast and brooding influence of geography on our history.” —Globe and Mail
“Combining geography, cartography, history and anthropology, Shoalts leaves no stone unturned.” -–CBC
“If you like maps, you’ll like this book; if you like both maps and crisply recounted Canadian history, you’ll love it. Shoalts…takes you inside their heads as they face fear, doubt and despair in tandem with cold, starvation and rebellious wanting-to-turn-back companions ….Canadian history writ well.”
—Winnipeg Free Press

“In addition to being one heck of  paddler, Shoalts…writes very well. (A History of Canada in 10 Maps) is one fine book perfectly written for the armchair adventurer.” —-Postmedia 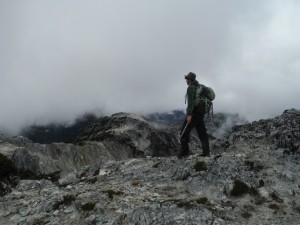